Food Allergies: Do they cause Metallic Taste?

What is a Food Allergy?

A food allergy is an immune system reaction that occurs shortly after eating certain foods. Food allergies can occur in response to any food and some people may be allergic to more than one food. Often times, it takes multiple tries to figure out what foods you are allergic to. 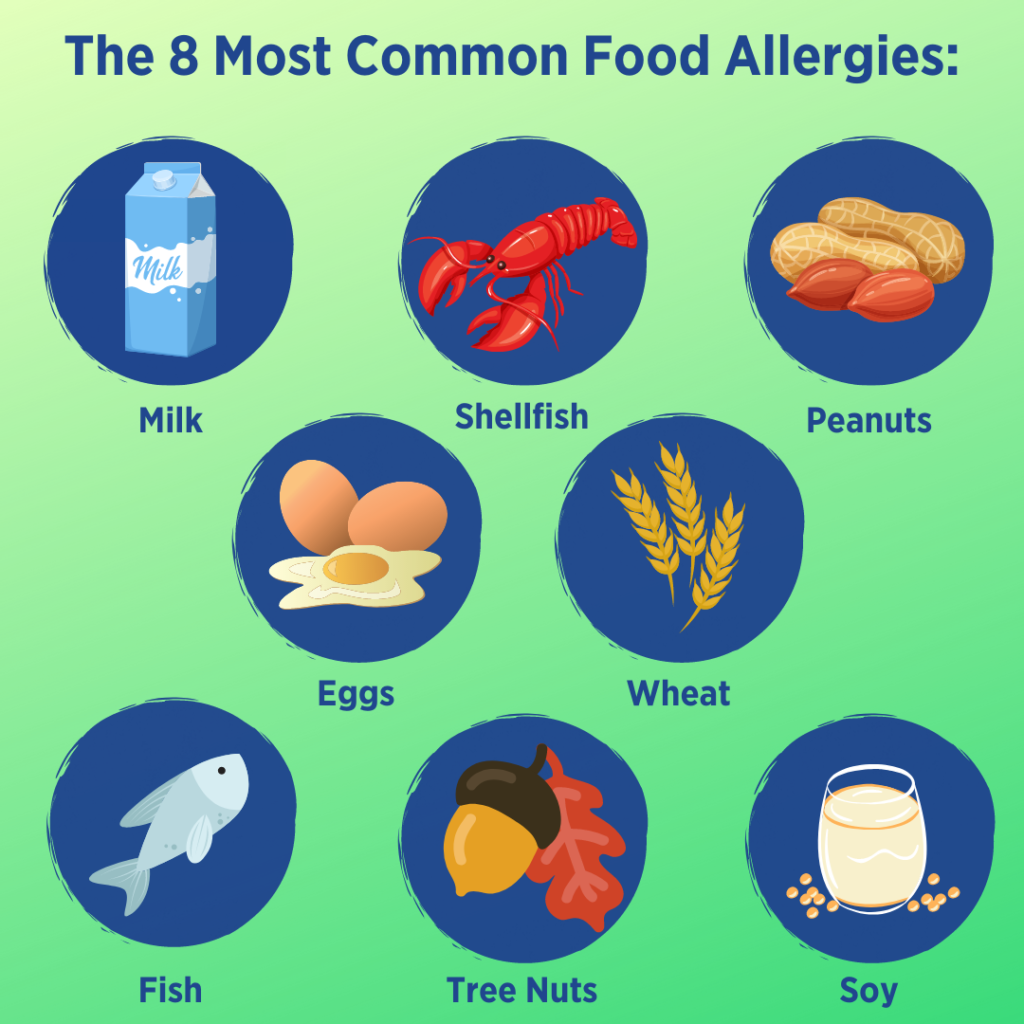 The 8 most common food allergies are:

Can Food Allergies Cause Metallic Taste?

If you are experiencing metallic taste after eating, this may be a sign of a larger issue. Anaphylaxis, a more severe reaction to food, happens when the body systematically tries to ward off the allergens, and closes off the airways and throat, often causing blood pressure to dramatically decrease and the heart rate to increase. This kind of allergic reaction is usually sudden and needs to be taken care of by professionals immediately.

There are no known cures for food allergies. The best way to avoid food allergies is to stay away from any foods that may cause a reaction. Carrying an injectable solution (EpiPen), as prescribed by doctors, is another way to ensure your safety if you ever come across the allergen accidentally.

Other Allergies Related to Metallic Taste

In addition to food allergies causing metallic taste, specific allergies, including hay fever, are also known to cause metallic taste. Hay fever is an allergy to pollen or dust. Hay fever can leave a metallic taste in your mouth due to inflamed nasal passages that disrupt your ability to taste. Other common symptoms of hay fever include runny nose, fatigue, coughing, and itchy eyes. Hay fever is typically worse between March and September, when the pollen count is higher.

Restore your sense of taste
with MetaQil!

If you are experiencing metallic taste as a result of food or other allergens, MetaQil is here to help! MetaQil is the only OTC product designed to alleviate metallic taste caused by allergies.  MetaQil gently cools the mouth and provides instant, long-lasting relief from metallic taste symptoms. It has a mild flavor and does not “sting” the mouth like an every-day mouthwash. Regular use of MetaQil can help patients return to healthy eating and adequate nutrient intake.

For best results, use approximately 5 ml (one teaspoon) of MetaQil®, rinse for 30 seconds, and spit out. MetaQil can be used on an as-needed basis. Use alone or after each time you brush your teeth

Important: If you are pregnant or breastfeeding, please consult your physician before using MetaQil. Do not use MetaQil if you are taking any medications that are contraindicated with the product. Please consult with your physician if you have any concerns regarding the use of this product. Keep out of reach of children.

What do customers say about MetaQil Metallic Taste Oral Rinse?

This works well to rid the metal and dirt taste my mom gets after her chemotherapy treatments.
Molly2021
I really feel that MetaQil helps with the bitter taste that I am experiencing. I usually use it 2 to 3 times a day and notice relief instantly
Chris2021
The patients I have provided samples to so far have said MetaQil helped to mute the metallic taste they were experiencing, did not normalize their taste perception but did help to make things more palatable so they could eat more! All have gone on to purchase some.
Kayla, Healthcare Provider2021
It seems to help about half of the patients that I sample with dysgeusia. IT gives them about 5-10 minutes in which they can taste foods which is huge for them.
Sarah2021
Most of my patients report they are satisfied with the level of relief they receive from the product.
Andy2021
I've been dealing with a metallic taste in my mouth for over 5 months now. I've used about a week now, and it's made BIG difference. Not enough that it's gone away, but it's really much better. I would highly recommend it!
Rhode2019
Tried every remedy out there for metallic taste in mouth and this actually WORKS!!!! So glad I ordered it, works almost immediately, after 1-week metal taste had gone away.
Richard2018
Previous
Next