Can Metallic Taste in Mouth be Caused by Covid?

“foul metallic taste in his mouth”

In April, a man in New Zealand reported to the daily mail of having a “foul metallic taste in his mouth” after eating tomato sauce. Later, the man was diagnosed with coronavirus.[1]

Another woman, before being diagnosed with COVID-19, described her sense of taste as “bland and metallic” despite eating foods that “include many spices and strong flavors, particularly using herbs in Jamaican and Caribbean cuisines”..” [2] [3]

Is Metallic Taste a Symptom of COVID-19? 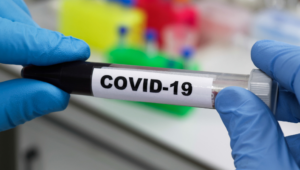 Metallic taste can be a symptom of the well-known COVID-19 virus. Metallic taste, also known as dysgeusia – a taste disorder, tends to last longer than other symptoms. Similarly, respiratory infections like the common cold can leave people with a metallic taste.

After vaccination, some individuals experience a metallic taste in their mouths. One individual, John Howard, an NBC sports contributor, described the taste as “having nickels in your mouth.” No simple or strong taste such as mouthwash could alleviate the metal taste, which happened soon after the vaccination. While humans do not have a metallic taste receptor, it is the most common taste shift symptom.[4]

Get your taste back with MetaQil!

Covid-19 can often cause bitter or metallic taste in the mouth, known as dysgeusia.

at checkout
to get 20% OFF your order

What is Metallic Taste?

Dysgeusia is a taste disorder usually characterized by metallic taste. Commonly, this distinctive taste is experienced as bitterness or general unpleasantness. It is an abnormal or impaired sense of taste or an unpleasant alteration of taste sensation. Dysgeusia is usually described as persistent metallic, sour, bitter, or other unusual or bad taste in the mouth. In addition, unpleasant tastes can occur after eating pungent foods such as onions or garlic.

Metallic taste can be caused by numerous medical conditions, including medication side-effects, chemotherapy, GERD, Central Nervous System Disorders, and now most notably by the coronavirus. Learn more here about the different causes of metallic taste.

Why is Metallic Taste a symptom of COVID-19?

The perception of taste has been linked to the innate immune system. Those with strong taste receptors for bitterness and have two copies of PAV in the gene T2R38 have a better immune response than those without copies of one of the genes. This is important to remember when considering people’s altered sense of taste and COVID-19.[5]

Like other viruses, COVID-19 leads to a metallic taste in the mouth due to an infection damaging the cells at the roof of your nose. However, it is different from other viruses because it can cause damage to the cells without symptoms of nasal congestion. Your change in taste results from the infections to supporting cells, which makes the loss of smell and taste last much longer than the common cold.[2]

Unfortunately, several people have stated they either experience a loss of taste or this bitter, metallic taste while having COVID-19.[8]

Some people with COVID-19 have also experienced dry mouth symptoms. This is because of the way the COVID-19 virus affects your mouth. Click the button below to read more on COVID-19 and dry mouth.

How Do I treat loss of smell and taste?

Usually, metallic taste symptoms are caused by an underlying health condition or treatment; once the condition is diagnosed and treated, the metallic taste goes away. In the case of COVID-19, metallic taste may stay for a few weeks or even months. In this case, you can try some of the following remedies. Read our blog Top 10 Metallic Taste Home Remedies. These methods will not treat metallic taste but can certainly help reduce symptoms of dysgeusia:

Get your taste back with MetaQil!

Covid-19 can often cause a bitter or metallic taste in the mouth, known as dysgeusia.

MetaQil Oral Rinse is the first-of-its kind product that alleviates metallic taste in the mouth, providing long-lasting comfort and relief.

at checkout
to get 20% OFF your order

View cart “MetaQil Oral Rinse to Alleviate Metallic Taste – 2 oz” has been added to your cart.

$3.50 Shipping Charge is not included

Shipping is only available within the US

$3.50 Shipping Charge is not included

Shipping is only available within the US

MetaQil is the #1 solution for symptomatic relief of metallic taste. MetaQil’s scientifically designed formula alleviates metallic taste caused by chemotherapy, GERD, and a variety of medications. MetaQil gently cools the mouth and provides long-lasting relief from metallic taste symptoms. It has a mild flavor and does not “sting” the mouth like an everyday mouthwash. Regular use of MetaQil can help patients return to healthy eating and adequate nutrient intake.

For best results, use approximately 5 ml (one teaspoon) of MetaQil®, rinse for 30 seconds, and spit out. MetaQil can be used on an as-needed basis. Use alone or after each time you brush your teeth

Important: If you are pregnant or breastfeeding, please consult your physician before using MetaQil. Do not use MetaQil if you are taking any medications that are contraindicated with the product. Please consult with your physician if you have any concerns regarding the use of this product. Keep out of reach of children.

More about MetaQil
Get FREE SAMPLE

What do customers say about MetaQil Metallic Taste Oral Rinse?

This really helped take the edge off of my Covid taste issues if I used it prior to a meal. Far better than a regular mouth wash for this application.
Tim2022
I wasn't sure this would work since I had no taste or smell due to Covid and ended up with a Metallic or somewhat burnt taste in my mouth. I only used this rinse once and it worked for me! It was a great relief!
Sandra2022
If you taste buds are off due to COVID. Everything you taste or smell is metallic, this will solve that after only a couple of uses.
Cheryl2021
It seems to help about half of the patients that I sample with dysgeusia. IT gives them about 5-10 minutes in which they can taste foods which is huge for them.
Sarah2021
Most of my patients report they are satisfied with the level of relief they receive from the product.
Andy2021
I've been dealing with a metallic taste in my mouth for over 5 months now. I've used about a week now, and it's made BIG difference. Not enough that it's gone away, but it's really much better. I would highly recommend it!
Rhode2019
Tried every remedy out there for metallic taste in mouth and this actually WORKS!!!! So glad I ordered it, works almost immediately, after 1-week metal taste had gone away.
Richard2018
Previous
Next